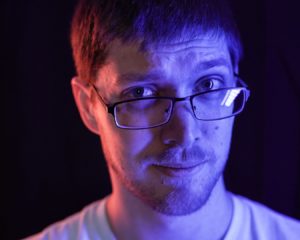 Living and working in Chicago, and New York City, Jordan has twelve years of professional production experience. His areas of expertise include; live production, lighting design, projection, film, photography, and web design.
Jordan is currently working as the Lighting Designer at Willow Creek Community Church’s 7500 seat South Barrington campus in the suburbs of Chicago.
While still working for the wearable technology company iLuminate. Recognized from their appearance on America's Got Talent, they are credited to be “The best new act in America”

As a Production Stage Manager with iLuminate I had the privilege of leading 12 -16 of the best technicians, and performers around the world on the technological marvel that is The Artist of Light. The people, the technology, and the shows were all one of a kind, and full of excitement and unforeseen challenges. The highest adrenaline, and also the most stressful shows of my life were had while working with iLuminate, and it crafted my management style to this day.

More then just taking a picture, or making a film its capturing the emotion of the moment. Why is it a picture is worth a thousand words? Its because when you look at that photo or watch that video it transports you to that moment. You feel the emotion that is embedded in every frame.

The perfect destination for a hike in my opinion i

I love being by the water. Lakes, rivers, the ocea

Alone in the sky, I imagine it is quite peaceful f

When I look out over vistas like this one at Hurri

The difficult terrain we are walking through doesn

Missing being on the coast right now. I am a firm


Error: Access Token for jordantmonson is not valid or has expired. Feed will not update.